Michigan: The Wolverines (aka That Team Up North) 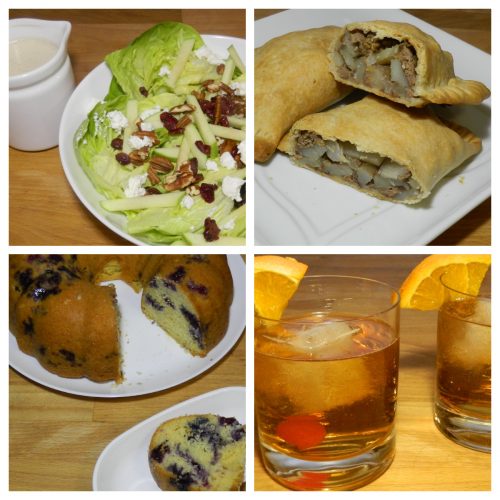 MEETtheENEMY
Michigan natives as well as students at the University of Michigan are nicknamed the Wolverines, but no one is certain why.  Some think it comes from the area’s early years of fur trading.  Another story claims the name comes from early French settlers’ “wolverine-like appetites.”  A third theory relates to the 1835-36 Toledo War.  The State of Ohio and the statehood-aspiring Michigan territory disagreed on a 468-mile strip of land between the two.  Perhaps the Michigan natives called themselves wolverines; perhaps the Ohioans thought it an appropriate description of the Michiganders’ aggressive nature.  In the end, Congress resolved the issue by giving Ohio the disputed territory, and granting Michigan statehood and the Upper Peninsula (sorry, Wisconsin!). Don’t look for a costumed wolverine mascot on the sidelines.  The athletic department insists mascots are “unnecessary and undignified.”

The Little Brown Jug has been passed back and forth between Michigan and Minnesota since 1903—one of the longest-running collegiate football rivalries.  That first year, the jug was used as Michigan’s water jug and left on the field when a storm blew in. Not significant unless you know that only two minutes remained in a tie game!  The jug became the focus of a new tradition beginning with the teams’ next meeting.

Every home football game claims to leave one empty seat for former head coach and athletic director Fritz Crisler, whose tenure at UM lasted thirty years.  As coach, Crisler introduced the iconic winged design for the Michigan helmets in 1938, in part so that receivers would be more visible downfield—the team doubled its passing yards that same year.  Since 1956, all official capacity figures for The Big House end in -01 in a tribute to Crisler.

In 1971, Apollo 15, launched an all maize-and-blue team of three astronauts for a 12-day mission.  They were the first to use a lunar rover on the Moon allowing them to travel further from their landing module than other astronauts had. They were not the first UM alumni to orbit the earth: two astronauts on the 1964 Gemini mission earned their aeronautical engineering degrees from UM.

EATtheENEMY
Eat Michigan Salad is a delightful side dish with ingredients from the Great Lake State.  The salad combines cherries and maple syrup in a nod to Michigan products, and adds Granny Smith apples for crunch.  A great fall salad, with a name any Buckeye would love.

When men from Cornwall, England, emigrated to the Upper Peninsula to work in the tin mines, they brought along mining experience unknown to other ethnic groups.  These groups looked up to the Cornish miners, even copying their food choices. Cornish Finnish Pasties could stay hot for several hours, or be reheated on a shovel over a headlamp!

Here’s a truly maize-and-blue food—Blueberry Cream Cheese Pound Cake.  Blueberries are a significant fruit crop for Michigan, producing about 100 million pounds annually.  And, full of vitamins, minerals, antioxidants and anti-inflammatories, blueberries are considered one of the ”superfoods.”  Here’s a tip: the darker the berries, the more antioxidants they have.

DRINKtheENEMY
Take a traditional Old Fashioned, add Vernors ginger ale, and you have a Detroit Old Fashioned.  Created in 1866 by Michigan’s first licensed pharmacist, Vernors was originally promoted as a digestive aid.  Not well-known outside the Midwest, 80% of Vernors’ sales come from Michigan.

Look closely for the fairy doors in the downtown area. Several businesses have these miniature art installations near their front doors or inside.  Jonathan Wright, a “certified fairyologist,” claims these doors started appearing in his own home in the 1990s and in downtown Ann Arbor in 2005.

Michigan claims one U.S. president:  Gerald Ford, who grew up in the state and attended UM. You can visit the Gerald R. Ford Library in Ann Arbor.  The Presidential Museum is in Grand Rapids.

Special thanks to Linda D. and Owen M. for their suggestions.