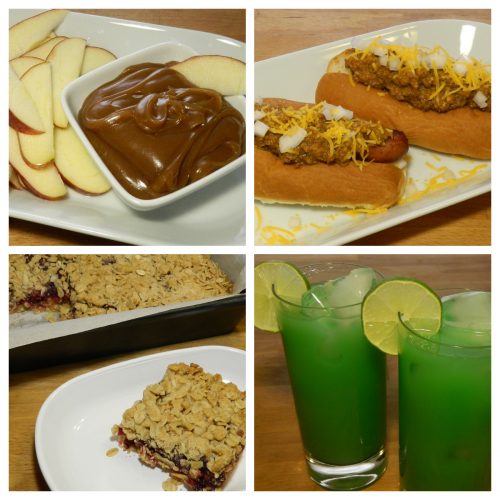 MEETtheENEMY
Known as the pioneer land-grant university, Michigan State University (then known as the Agricultural College of the State of Michigan) was the first school to teach scientific agriculture.  What are land-grant universities, anyway?  Many colleges and universities started as institutions for liberal arts education, but in 1862 the Morrill Land-Grant Acts allowed federal land to be donated for the establishment of non-liberal arts educational institutions.  These schools were intended to focus on the teaching of more practical subjects: agriculture, science, military science, and engineering.

The five-acre Beal Botanical Gardens is the oldest continuously operating botanical garden in the United States. W.J. Beal, professor of botany, is considered a pioneer in the field of hybrid corn. His experiments increased the yield of Native American eight-row corn to a 24-row variety. (Bourbon lovers like Jeff thank you, Professor Beal!) In 1879 he began a germination experiment that will continue until the year 2100—five bottles with seeds originally planted in 1879 are still buried under MSU soil.  Also on campus, check out the sky shows at the Abrams Planetarium offered four times each weekend.

At first the school’s teams were called “Aggies,” but in 1925, they wanted to de-emphasize those roots (bad pun, sorry), so MSU ran a contest to suggest a new name.  “Michigan Staters” won that contest, but was considered a bit unwieldy for newspaper headlines. A sportswriter for the Lansing State Journal decided to look through the entries with something “more heroic” in mind. He found Spartans, using that in his stories until it caught on.

The winner of the rivalry between Michigan-Michigan State takes home the Paul Bunyan Trophy. Started in 1953, the trophy commemorates MSU joining the Big Ten and is a nod to the state’s logging industry.  In the early years, the trophy was often neglected, including in 1958 when the game ended in a tie: Michigan refused to take the trophy; MSU refused to keep the trophy (following a win the previous year).  In the end, MSU relented. Now whoever wins the coveted Paul Bunyan claims state bragging rights for the year.

One tasty reason to promote MSU’s agricultural roots are the on-campus Dairy Stores, serving  ice cream, cheeses, and something called Chocolate Cheese Confection.  Although I haven’t tasted it yet, I’m told it is rich like fudge and sweet, but “not overly so.”

EATtheENEMY
Keep your apples chilly:  did you know that apples ripen ten times faster if left out than if you refrigerate them?  There are dozens of ways to serve them, but straight up, Michigan apples with caramel dip, may just be the best of all.

While coney dogs may be more of a Detroit thing, they likely came to Michigan via Greek immigrants who remembered the beanless-chili-covered hot dogs at New York’s Coney Island.  Henry Ford attracted these immigrants to the Midwest with $5-a-day jobs in his new car factories. Generations later, many Greeks opened their own coney restaurants. But here’s my connection to MSU, through Sparty … a Greek warrior. Get it?  These Coney Dogs with Grandpa’s Classic Coney Sauce will feed a hungry army of fans, just double or triple the recipe and keep it warm in a crock pot.

Conditions around Traverse City are just right for producing plump, tart Michigan cherries.  The perfect combination of sandy soil, hilly terrain (for windflow), and Lake Michigan breezes produces the best crops. Seventy-five percent of the tart cherries produced in the US are grown here, resulting in the nickname “Cherry Capital of the World.”  (Sweet cherries, grown mostly in the Pacific Northwest and Michigan, are those made into maraschino cherries.) So naturally cherries needed to be on this week’s menu. A pan of Michigan Cherry Oat Bars won’t last long with a hungry crowd!

DRINKtheENEMY
A Spartan Cocktail is very, very green.  Think of it as a screwdriver blinged out with a little blue curacao.  Sometimes it’s easy being green.

Also seen in enemy territory
Michigan History Center in Lansing, one of several state-sponsored museums, tells the stories of the residents of the Mitten State.

Explore early auto history at the R.E. Olds Transportation Museum. Before Henry Ford came along, Ransom Eli Olds started building automobiles in his Lansing plant in the late 1890s.   The one that caught my attention was the 1915 REO Speed Wagon, and, yes, the band took their name from the pickup truck precursor.  Who knew!?!

Bike the 20-mile Lansing River Trail and make sure to check out the Brenke fish ladder, a curiosity that allows the trout and salmon to swim upstream avoiding the dam. It’s close to Old Town, an historic area with lots of unique shops and restaurants.

Many thanks for her suggestions to my friend, Linda D., a proud Michigan State alum!