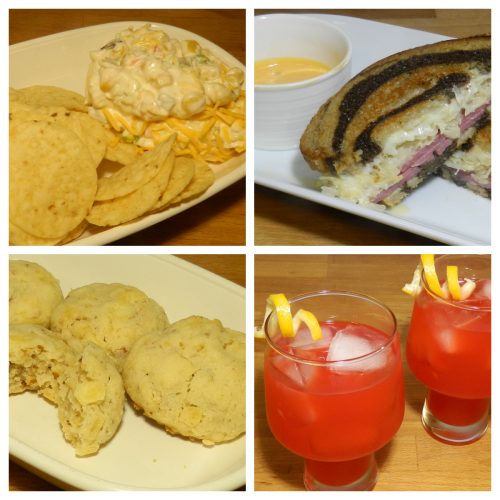 MEETtheENEMY
The University of Nebraska was founded in 1869 as a land-grant school.  The harsh prairie environment prevented trees from growing, and locusts decimated any flowers planted to beautify the new campus.  Oddly enough, Nebraska is where Arbor Day came into being, only three years after the university’s founding. While serving as Secretary of Agriculture under Grover Cleveland, J. Sterling Morton established Arbor Day on April 10, 1872.  Nearly one million trees were planted in Nebraska alone that day!

The University of Nebraska had several short-lived mascot nicknames before settling on “Cornhuskers”: Hawkeyes, Antelopes, Old Gold Knights, Bugeaters (Possible cheers: Go Bugs! Sting that other team!), and Mankilling Mastodons (Go ‘Killers! Avoid Extinction!).  Oh boy.  But Cornhuskers are avid fans, and have kept alive a 366-game streak of sell-out games at Memorial Stadium.  In case you were wondering, that goes back to 1962, the longest in NCAA history.  And, when full, the stadium ranks as the third most populated place in the entire state, after Omaha and Lincoln!

Collaborative workspaces for creating and experimenting, called hackerspaces or makerspaces, are showing up everywhere (including where I work, an elementary school library). But the Association of Research Parks named the Nebraska Innovation Campus the best “Emerging Research Park” in the world in 2017. What is NIC?  A membership-based community open to all where, if you dream it, the tools are there to make it, whether it’s a piece of furniture, a 3D prototype, or your own fabric.

EATtheENEMY
For this week’s appetizer, Friendly Mexican Corn Dip, my only guess for its name is that it was shared between two friends in the town of Friend, Nebraska.  Of course, Nebraska is well known for being a top corn producer, so that had to work into the menu. This creamy dip is best with some salted, crunchy chips.

While Reuben’s Delicatessen in New York also claims to have invented the Reuben, we put it on the menu for Nebraska since Reuben Kulakofsky says he invented it during a late-night poker game at Omaha’s legendary Blackstone Hotel.  The hotel is currently undergoing a $75 million renovation to restore it to its former glory.

Someone from Nebraska, please tell me that you ate these Potato Chip Cookies at the Omaha Parks and Recreation programs in the 1960s and ‘70s!  That’s this recipe’s only connection to Nebraska, but because of the mix of salty and sweet, I have made these several times. Two caveats:  they are best with a plain chip, not the ruffled or waffle varieties, and don’t crush the chips too fine. You want to leave some crunchy bits in the cookie. I think a dark chocolate drizzle would go perfectly on these, too.

DRINKtheENEMY
We can thank Edwin Perkins for inventing Kool-Aid in Hastings, Nebraska in 1927—so what could be better than a Kool-Aid-based cocktail? The Tropical Storm uses Tropical Punch Kool-Aid as the base for a Hurricane-inspired libation.  It’s sweet, it’s punchy, it’s definitely for grown-ups. Oh yeah!

Also spotted in enemy territory
Visit the Historic Haymarket area, a great downtown-Lincoln place of revitalized historic warehouses that now include shopping (at least three stores are devoted to university or state products), restaurants, and entertainment. An all-around fun place to be.

One former ‘Husker suggested Lazlo’s as a favorite restaurant in Lincoln, leading me to Eat and Drink your Way Through Husker Game Day: 2018.  It lists nearly twenty great places to dine and imbibe.

“Speedy” Bill and Joyce Smith, owners of Speedway Motors, founded the Museum of American Speed, devoted to their love of hot-rodding and racing.  Everything from midget racers to luxury cars, NASCAR to the 5 millionth Ford to roll off the the production line, will keep you engaged for hours.