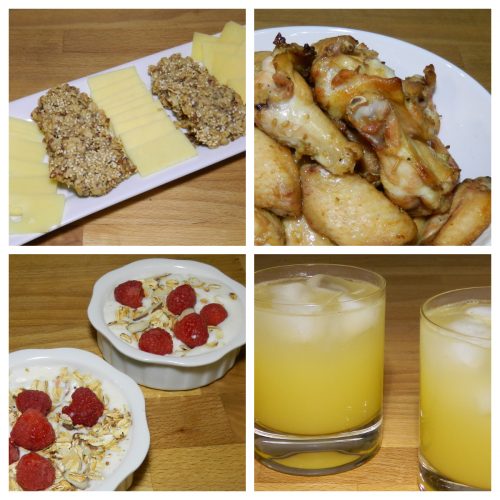 MEETtheENEMY
While northern Indiana isn’t known for its picturesque landscape, South Bend’s University of Notre Dame might just be an exception.  From the iconic golden dome to the Basilica of the Sacred Heart to Touchdown Jesus, there are plenty of places that make this an Instagram-ready campus worth exploring.

The dome atop the university’s Main Building takes just a handful of gold leaf to regild the entire dome — only about 8 ounces worth!  The process is done entirely by hand and can only be done in wind-free conditions. Imagine walking across campus to find gold flakes landing on your backpack!  Because of the famed building’s roof, alumni are called Domers, and Notre Dame’s football helmets gleam in gold.

Not surprisingly, there are plenty of religious stops to explore on this Catholic campus.  In fact, there are 47 chapels, including one in every dorm! Masses are celebrated daily, practically hourly, around campus.  Some involve food afterwards, like the weekly Milkshake Mass at Dillon Hall or the breakfast mass at Lewis.  Come, pray, eat!

Two places not to miss are The Grotto and the Basilica of Sacred Heart.  Modeled after the French shrine where the Virgin Mary is said to have appeared to a poor, young, peasant girl on several occasions, Notre Dame’s Grotto of Our Lady of Lourdes is smaller, but no less inspiring.  The most popular times to visit are home-game weekends, exam weeks, and the evening before commencement when the entire senior class gathers at The Grotto.  Join others to pray the rosary every day, rain or shine, at 6:45 p.m. In the heart of the campus is the Basilica of the Sacred Heart with 116 stunning stained-glass windows made by Carmelite nuns in France.

No doubt you’ve seen the Touchdown Jesus mural on the 14-story Hesburgh Library, but did you know there are two statues with football nicknames:  Fair Catch Corby and First Down Moses?  Father Corby was a two-time president of Notre Dame.  Before that, he was chaplain of the Irish Brigade at the Battle of Gettysburg, which explains one of the many reputed origins  of the Fighting Irish nickname. On the west side of the library is an imposing statue of Moses rebuking the Israelites for worshiping idols.  Since Moses is pointing skyward, students believe this denotes the ND football team’s position as number one.

Football traditions reign supreme here in South Bend, from free tunnel tours on football Fridays to trumpets under the Dome to the midnight drumline ushering in gameday.  You’ll find it hard not to get into the spirit (literally). Traditions don’t stop at gametime, since both North and South dining halls provide candlelight dinners after the game.  (South dining hall looks a lot like Hogwarts’, and a candlelight dinner might just remind you of a scene from Harry Potter–just sayin’.)

EATtheENEMY
These homemade Oat Crackers have a touch of rosemary and are pretty sturdy.  They are a great base for cheese, particularly the three Kerrygold Irish cheeses we tasted: Dubliner, Skellig and Swiss.

According to the recipe, most Celtic countries have some variation of a Cranachan, a traditional summertime dessert: raspberries, cream, oats, honey, and the local firewater.  Of course, we’re going with Irish whiskey in this Cranachan. (Jeff graciously contributed a wee dram of Teeling from his collection for this one.)  While I was skeptical at first, the results were pretty tasty. I’d make this again, adding more oats and almonds.

DRINKtheENEMY
A Notre Dame Pick-Me-Up tastes a lot like a screwdriver, though a little less sweet.  We adjusted the original recipe by cutting the recommended sugar in half, using a little more vodka and ginger ale, and serving over ice in an old-fashioned glass.

Although the Studebaker automobile corporation ceased production in South Bend 55 years ago, the Studebaker National Museum still honors the history of the company with a collection of antiques, including presidential carriages and military vehicles.