Penn State: Throw Out the Whiteout 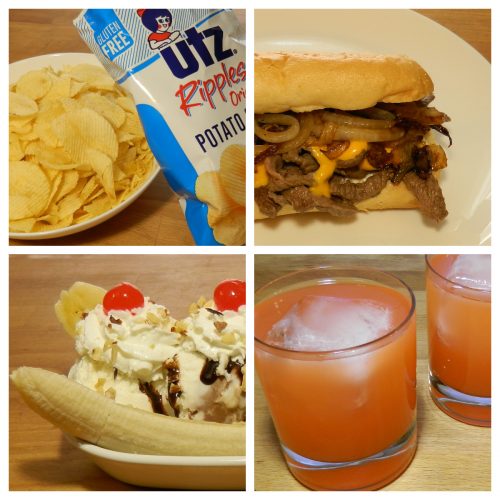 MEETtheENEMY
Where the heck is Happy Valley, why is it named Happy Valley, and what’s so happy about it? While there is no official Pennsylvania city called Happy Valley, it is certainly the official nickname for State College, the place where Penn State University is located. There are several possibilities for the name’s origin.  Some think it’s because the area avoided the worst of the Depression, so the locals remained optimistic. Others believe a couple of PSU alumni-turned-journalists introduced the phrase in print in the 1950s.  Pick your favorite!

Where’s your personal “happy valley?”  When I visit Penn State, mine would have to be Berkey Creamery, located right on campus.  Serving 700 milkshakes daily and two million huge ice cream cones annually, the Creamery also sells cheddar cheeses and supplies milk and butter for the campus. A herd of more than 200 cows produces enough dairy goodness to make thousands of Creamery visitors happy on football weekends.  Which flavor to choose today: Peachy Paterno, Alumni Swirl, or WPSU Coffee Break?

And what’s a Nittany Lion? Penn State’s University Park campus is located near the middle of the Nittany Valley, bounded on one side by Nittany Mountain, where mountain lions once roamed.  Two Penn State librarians, Jackie Esposito and Steven Herb, have written an extensive history (The Nittany Lion) of the Pennsylvania icon.  And by the way, congrats to the Nittany Lion–the only collegiate mascot inducted into the Mascot Hall of Fame in 2017!

EATtheENEMY
When there’s a local product available to save us some cooking, it’s definitely the way to go. Approaching their 100th anniversary (in 2021), the Utz Potato Chip Company began in the summer kitchen of a Hanover, PA, couple: William and Sallie Utz. Through the decades, the company added other snack foods–pretzels, popcorn balls, cheese curls–and acquired other companies. The 600,000 square foot Utz potato chip manufacturing plant is open for free, self-guided tours–with a complimentary sample at the end. Looks like Utz and Penn State Athletics have recently teamed up. In a recent Utz promotional video, PSU’s head football coach James Franklin shows his own EATtheENEMY moment.

Penn State may be nearly 200 miles west of Philadelphia, but a Philly Cheesesteak is one sandwich that absolutely belongs at a Saturday football party.  Two Philadelphia hot dog stand owners, Harry and Pat Olivieri, are credited with creating the original sandwich in the 1930s, placing chopped steak and grilled onions on a hot dog bun and selling it for ten cents. These days, cheesesteak aficionados debate fiercely the proper cheese for the sandwich:  white American, Provolone, or “wit Whiz”–Cheez Whiz, that is. Amoroso’s Baking Company provides the traditional soft and slightly salty rolls.

We’re all pretty lucky that in 1904, a Latrobe, PA, pharmacist apprentice, David Strickler, invented the banana split at the Tassel Pharmacy soda fountain. At ten cents (did everything cost ten cents back in the day?), it  was double the cost of other sundaes, but still became a local favorite. By adopting the banana split as their signature dessert, Chicago-based Walgreens drug stores made it a favorite treat well beyond Pennsylvania.

DRINKtheENEMY
We haven’t a clue why today’s cocktail [Release Valve (From the Train Station at Penn State)] is named after some mechanical part at a train station.  But after a couple of these smooth fruity cocktails (a tongue-pleasing blend of vodka, rum, pineapple juice, and grenadine), you won’t care either.  And you probably shouldn’t be operating the train, either.