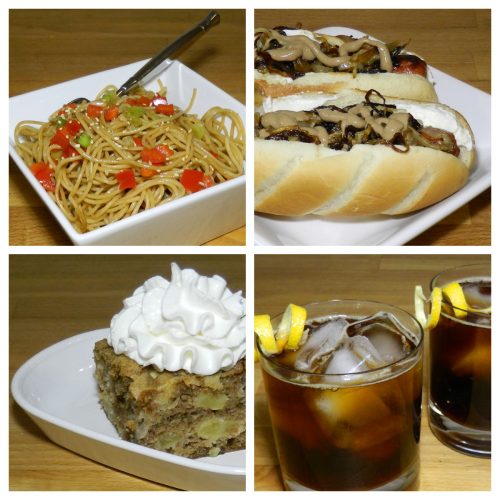 MEETtheENEMY
The 1909 world’s fair, known as the Alaska-Yukon-Pacific Exposition, was instrumental to the development of the University of Washington’s campus.  Just before the fair, the campus had only three buildings and very little landscaping.  Fair organizers were hesitant to use the university as the setting since, at the time, it was a trolley ride from downtown.  The state legislature endorsed the site after insisting that state money be used to construct four permanent buildings. Not surprisingly, the AYP Exposition gave the campus just a bit of exposure to the world.

The Seattle world’s fair also inspired lumber baron William Boeing to learn how to fly.  When parts for his damaged plane took too long to arrive, he built his own airplane—faster and better than his first.  Of course, Boeing today is synonymous with flight, as demonstrated by the University’s William E. Boeing Department of Aeronautics and Astronautics.

While others claim to have invented “the wave,” the ultimate audience-participation cheer, one former Husky cheerleader, Robb Weller, says UW invented a bottom-to-top version in the early 1970s.  According to Weller, inebriated students couldn’t manage the crowd card stunts, so cheerleaders tried a wave instead. The first official football game wave was years later in 1981, on Halloween at the University of Washington. Husky Stadium also holds the record for the loudest game, 130 decibels in a 1992 game against Nebraska.

The Huskies have a live Malamute mascot as well as a costumed one.  The live husky, named Dubs, retires after this season, but a new puppy—Dubs II—is in training for the 2019 season.  (Why malamutes instead of huskies? Apparently huskies are harder to control in large crowds.)

EATtheENEMY
The west coast has a long history of Asian influence, and Seattle is no exception, so foods from the Pacific are popular and easy to find.  A good Sesame Noodle Salad has just the right balance of flavors.  This one, from Seattle’s now defunct Larry’s Market, is great right away or as a cold refrigerated salad later.

I had never, ever thought to smear cream cheese inside my hot dog bun, but apparently it’s a local thing—the Authentic Seattle Hot Dog. Two food cart vendors are credited with adding cream cheese to a hot dog bun sometime in the 1990s, but it wasn’t until the Seattle Mariners’ record-breaking 2001 season that vendors outside Safeco Field saw the cream cheese dog take off.

According to the Washington Apple Commission, six of every ten apples consumed in the US are grown in Washington.  This delicious Apple Cinnamon Cake works for breakfast or dessert —or both.  That’s what we did!

DRINKtheENEMY
How can we visit Seattle without mentioning coffee?  Our “house blend” includes Starbucks, of course, so we added a coffee cocktail to the menu, a Coffee Old Fashioned.

Also seen in enemy territory
Pike Place Market can’t be beat for a sensory experience!  With a myriad of shops, local artisans, restaurants, and a farmer’s market, the PIke Place offers unique gifts and unusual foods .  And when it all gets a little overwhelming, step outside to see Puget Sound or the Olympic Mountains … and breathe deeply.

As a UW student, Dale Chihuly studied interior design before going on to become the glass legend he is today.  His work is truly mesmerizing. When you visit Chihuly Garden and Glass, make sure to stay for the glass-blowing demonstrations, then head next door to the famous Space Needle for spectacular views of the Emerald City.